Located in the east end of St. Catharines, the council ward of Merritton has a long and rich history, dating back to the 17th century.

Often called “The Heart of St. Catharines,” this former centre of industry is sometimes overlooked today. However, we believe that the neighborhood’s picturesque, old-world charm and host of amenities and entertainment activities make it an excellent destination for families and small business owners alike!

Did you know that Merritton is one of the oldest settlements in St. Catharines?

In the early 17th century, the land served as a neutral Native village which was abandoned in 1630. Following the end of the American Revolutionary War, it was purchased in order to provide land for “Loyalist refugees, disbanded troops, former Rangers, and Natives” in 1783 as part of the larger Grantham Township.

By 1826, Centreville was recognized as a distinct community, albeit without official status. Around 1842, the area began to be known as Slabtown, which referred to the slabs of wood leftover by canal labourers after constructing their shanties in the area.

It was during this time, the area developed a reputation for violence—job shortages, low wages, and appalling living conditions left many families in the community destitute and struggling to survive.

These tensions were exacerbated by religious conflict between Irish-Catholic and protestant labourers, reaching a head in 1849 as both sides engaged in gunfire outside the former Duffin Inn on Oakdale Avenue. This skirmish would become immortalized as the “Battle of Slabtown” which left two Catholic foot soldiers dead and six or seven more injured.

With the construction of the Great Western and Welland Railways and subsequent incorporation of the Welland Canal Loan Company around 1850, the district was once again renamed Welland City “to promote industry and settlement in the vicinity of the canal/railway crossing.”

In 1874, a series of issues with mail delivery which resulted from the rapid succession of name changes and a lack of official representation led to the incorporation of Merritton as a village.

In the late 19th and early 20th centuries, Merritton experienced an economic boom as producers, spurred by technological and economic developments, began to strategically exploit the proximity of the newly recognized settlement to the Welland Canal, using the waterway to power their industries and transport raw and finished materials.

By the second half of the 20th century, however, a series of technological and economic shifts, combined with greater urban density and the limitations of the physical geography of the region, saw a slow decline in industry in the area. In 1961, it, along with Grantham and Port Dalhousie, was absorbed into Greater St. Catharines.

Despite this, the residents of Merritton have retained a strong sense of community to this day. The Merritton Lion’s Club has done much to bolster and facilitate this pride, overseeing the annual Merritton Carnival and Labour Day Parade which attract residents from all over the city with its fun and vibrant atmosphere. Additionally, two websites have tasked themselves with connecting local residents and preserving the history of the area: Merritton.com and Merritton Matters.

Over the past few decades, Merritton has undergone a massive revitalization. The area has seen a significant increase in residential construction projects as well as the repurposing of many of its well-preserved industrial architecture. Alongside this development, the neighbourhood has seen a sharp increase in amenities and entertainment activities, now boasting a number of fine dining establishments, shopping outlets, gyms, bars, grocery stores, pharmacies, banks, a cinema, and an LCBO!

Really—what more could you ask for? How about easy access to both of the city’s major highway systems? Merritton truly has it all!

Whether you’re looking for your forever home or searching for unique small business opportunities, Merritton is a picturesque, family friendly, and community-centric neighbourhood in the heart of St. Catharines!

To discover what Merritton has to offer, contact McGarr Realty’s team of enthusiastic and personable REALTORS® at 905-687-9229 in St. Catharines, or 905-468-9229 in Niagara-on-the-Lake. Or visit our website here! 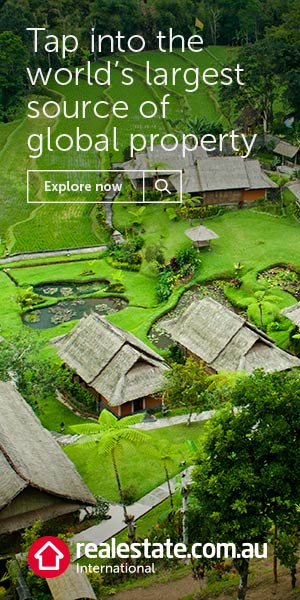